Results for last month reveal that overall, the Maltese were more pessimistic when compared to February. The consumer confidence index stood at -0.9 points and had fallen again in negative territory meaning that in balance, respondents are more pessimistic. The consumer confidence index has been deteriorating for the past 3 months after peaking in December, possibly due to the local situation with Covid-19. 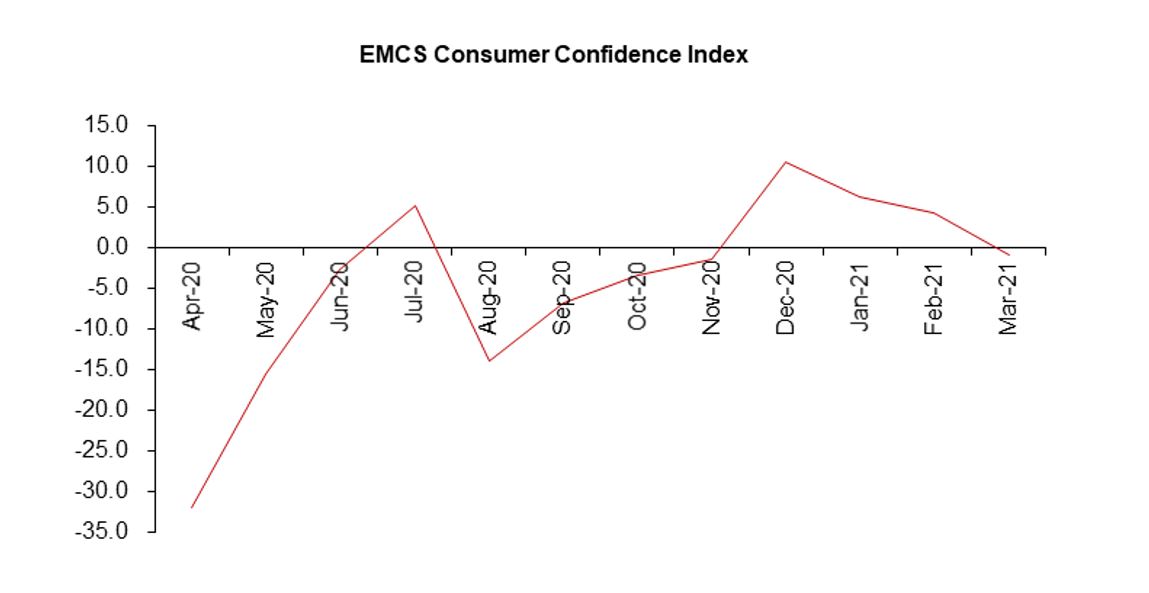 In spite of this scenario, Malta’s consumer confidence index fared better than the EU which stood at −12.1 points and Euro area at −10.8 points.

For further information on the consumer sentiment survey, kindly email info@emcs.com.mt or phone +356 2777 2777.

EMCS conducts this research on a monthly basis for the European Commission.

The study is based on a random sample of 1000 telephone surveys.

This website uses cookies to improve your experience while you navigate through the website. Out of these, the cookies that are categorized as necessary are stored on your browser as they are essential for the working of basic functionalities of the website. We also use third-party cookies that help us analyze and understand how you use this website. These cookies will be stored in your browser only with your consent. You also have the option to opt-out of these cookies. But opting out of some of these cookies may affect your browsing experience.
Necessary Always Enabled
Necessary cookies are absolutely essential for the website to function properly. This category only includes cookies that ensures basic functionalities and security features of the website. These cookies do not store any personal information.
Non-necessary
Any cookies that may not be particularly necessary for the website to function and is used specifically to collect user personal data via analytics, ads, other embedded contents are termed as non-necessary cookies. It is mandatory to procure user consent prior to running these cookies on your website.
SAVE & ACCEPT
Survey on “Scams & Fraud experienced by Comsumers” (Malta)EMCS contributes to research for European Commission