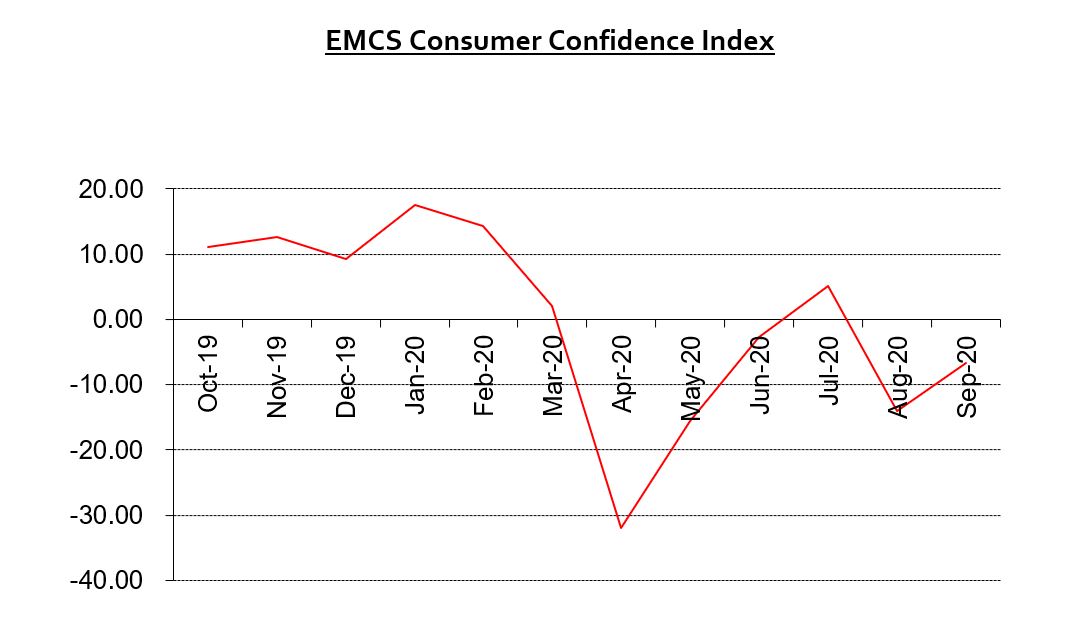 Following a downward slip in Consumer Confidence in August 2020, Malta’s consumer sentiment improved slightly in September 2020, based on a survey released by EMCS Ltd, on behalf of the European Commission.  The findings are based on a survey of 1000 randomly selected households, conducted during the first three weeks of September.  The same survey is carried out on a monthly basis.

In September 2020, despite reflecting overall negative opinions, the EMCS Consumer Confidence Index (CCI) improved to a -6.8 from -14.0 in August 2020, but better than in the previous month.  Despite the index remaining in negative territory, this rise in the index could possibly be linked to one or both of the following assumptions.  It may be that either respondents were less pessimistic in September as people’s fears of COVID-19 lessened, even though Malta has registered the highest rate of new cases per capita and is currently the third-highest country in EU in terms of deaths.  Or else, the government’s efforts and trust in government’s handling the COVID-19 situation has improved, leading to an increase in confidence.  Yet these are just suppositions.

On balance, the relatively more pessimistic sub-groups were females and those households who earn less than €10,500 annually. 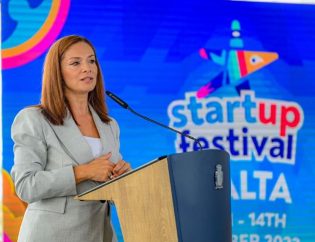 This website uses cookies to improve your experience while you navigate through the website. Out of these, the cookies that are categorized as necessary are stored on your browser as they are essential for the working of basic functionalities of the website. We also use third-party cookies that help us analyze and understand how you use this website. These cookies will be stored in your browser only with your consent. You also have the option to opt-out of these cookies. But opting out of some of these cookies may affect your browsing experience.
Necessary Always Enabled
Necessary cookies are absolutely essential for the website to function properly. This category only includes cookies that ensures basic functionalities and security features of the website. These cookies do not store any personal information.
Non-necessary
Any cookies that may not be particularly necessary for the website to function and is used specifically to collect user personal data via analytics, ads, other embedded contents are termed as non-necessary cookies. It is mandatory to procure user consent prior to running these cookies on your website.
SAVE & ACCEPT
Is the Euro area facing deflation?Updated – EU list of non-cooperative jurisdictions